Things you might learn when you ask your husband about their childhood – #14684: They’ve never been to a Disney park.
Being the spouse in the situation who lived her first five years of life just hours away from Disneyland, went to Disney World on a high school trip and then conquered the World again just a few years ago on a family vacation, I was both shocked and saddened.

He didn’t even know the magic he was missing!

Upon processing the earth-shattering, magic-killing and devastating news, I made him make a promise:
We will go to Disney World before we have kids.
Six months of marriage in and with student loans paid vacation planning commenced!

We arrived late Friday night (week leading up to Thanksgiving) to catch a few hours of shut eye before the 3.5 jam-packed park days.  I decided we’d start with Universal Studios for several reasons:
1.) It’s not magical.  Is it cool?  Yes.  Is it awesome?  Yes.  But Disney claims all hold on magic and Universal just doesn’t compare.
2.) As awesome as the Hogwarts ride is, I will not arrive a few hours after opening and wait in line 3 hours again.
3.) Pete likes roll coasters and I hate them.  So if he’s wanting to get me on even semi-scary rides, we better get it out of the way before I’m exhausted, cranky and achy from walking all day.  (And yes, I think Hogwarts and the Spiderman rides are semi-scary.)

We made it!  After a make-your-granny proud, mall speed walk to the back of the park we had arrived!

{Harry Potter World} is the COOLEST part of Universal Studios.  Hands down.
I let Pete marvel at the gate for a total of t-minus 10 seconds before sweeping him (broom pun) away to Hogwarts.

Hogwarts is the COOLEST part of Harry Potter World.  Hands down.
(Hint!  Walk straight back here when the park opens and get in line and you’ll only have to wait 10-15 minutes.)
This ride is absolutely amazing, and it wasn’t until afterwards that Pete mentioned he’d never been on any ride that wasn’t an old school roller coaster (AKA – no screens, no side-to-side/backwards movements and no props).
(Hint!  Do not…I repeat…DO NOT drink butter beer before this ride.  And avoid at all costs if prone to motion sickness.)

But you better believe the second we got off the ride we were getting our glasses because butter be on a whole ‘notha level.  So good.
(Hint!  Skip the lines outside and go to the bar on the right side “Three Broomsticks” to get your beer.)

Then we took our beer and toured the land with all its quirky crookedness.  And when we had wandered all around Harry’s World we ended up venturing out to the less exciting/scary parts of the park.  Like this guy…

Let me just say this, “Uh…no.”  PTL my much braver/cooler college roommate (who has worked at both Disney and Universal) met up with us and took Pete on all the terrifying things like The Hulk.

And by the time all the noteworthy and scary things had been ridden, it was only 1:00 in the afternoon.  It had been a pretty epic day filled with our first theme park together, Pete’s first non-Six Flags ride and my 100th time walking out of the line for a roller coaster.
So rather than dilly dally in the crowds we left Harry, had some beer, watched some Aggie football, went to bed early and dreamed of Disney. 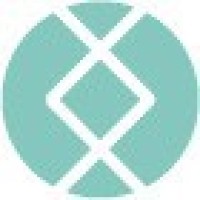